The Future of Cancel Culture

The Future of Cancel Culture

A look into where cancel culture will take business. 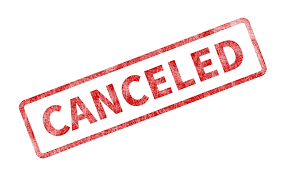 Cancel culture is here to stay and it’s not only going to become the norm, it’s going to define industries. Driven by larger numbers of Gen Z and Millennials entering the more affluent stages of their lives and ‘buying on belief’. They’re expecting and demanding brands to represent their values and punishing them when they fail to act, even on issues for which the brand may not have any connection.

In this way, fake news has become an existential threat to businesses at risk of being cancelled for things they haven’t done, or said. Or for misinterpretation and misrepresentation of their actions by actors of ill will.

For example, Ukraine, where very few brands (if any) had contingency plans in place for the invasion by Russia and how they’d respond to it. Massive online pressure has driven every brand from McDonalds to Adobe to reduce operations or even cease trading completely in the country which has now been effectively ‘cancelled’ by the West. Brands that didn’t react fast enough, or had their actions misrepresented by Russia or others, faced risk of cancellation regardless of their actual efforts.

This conflict is happening at a more local level too. Disney have found that in not acting fast enough to withdraw funding for senators that back a controversial new bill in Florida limiting discussion of gender identify in classrooms, the so-called ‘don’t say gay’ bill, they’ve faced immense pressure and been labelled as ‘complicit’ with the bill. However, now that they’ve responded and have withdrawn funding from all parties in Florida they’re facing criticism from ‘anti-woke’ groups.

In this way, brands are going to be joining in on the conversations we’re all having with each other on political and social issues. They’re not going to have a choice as to abstain is to be complicit with one side or the other. Act, or don’t act, both will be considered a conscious choice on their part. This is only the start of the new ways we will engage with brands brought about by ever-increasing use of social media and they will be forced to decide, which of their audiences do they want to keep? And how do they keep control of their narrative and the facts?